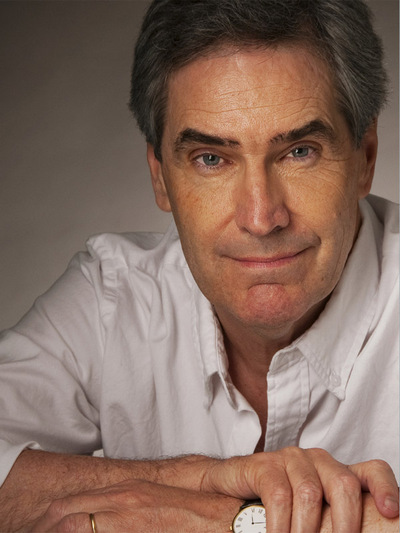 CLAIHR is launching its year-long symposium marking the 10-year anniversary of the Responsibility to Protect (R2P) doctrine at our kick off event with Michael Ignatieff on October 26, 2011 from 6:30 to 8:30 PM in the Music Room at Hart House. Professor Ignatieff will be speaking about this important doctrine, which governs the way the world responds to international crisis situations as an alternative to the more traditional humanitarian intervention model. The Responsibility to Protect doctrine is a Canadian idea, which asserts that if a government is unable or unwilling to protect its own people, or if a government is responsible for ethnic cleansing or massacres, than other countries should step in and help.

Michael Ignatieff is well known in Canada as being the former leader of the Liberal Party, however, he also played an integral role in the formulation of this doctrine. In 2001, Professor Ignatieff was a member of the International Commission on Intervention and State Sovereignty (ICISS), which released its report on the Responsibility to Protect in 2001. The event will allow attendees to ask Professor Ignatieff questions about R2P and how Canada fits into the global landscape in R2P actions such as crisis in Libya, Syria or other conflict zones, now and into the future.

CLAIHR is proud to present this cocktail reception in conjunction with the newly established University of Toronto student chapter.


This event is sponsored by Torys.

Van Breda Intervention at the SCC

The Supreme Court of Canada granted leave to appeal in two cases from the Ontario Court of Appeal concerning two Ontario residents who were injured or killed while on vacation in Cuba in the case of Club Resorts v. Van Breda.  The court heard arguments on the ability of a court to hear a case in which the defendant and the injuries were located outside of Canada.  CLAIHR, along with Amnesty International and the Canadian Centre for International Justice (CCIJ) were given intervenor status together to make arguments at the Supreme Court.  This case was of interest to CLAIHR, CCIJ and Amnesty as it raised the issue of the forum of necessity jurisdiction, which is vitally important for victims of human rights abuses abroad who wish to commence legal actions in Canada.  This jurisdiction is an emerging concept in private international law where litigants may bring actions in tort proceedings involving foreign defendants and extraterritorial events.  The recognition of this jurisdiction would allow Canadian courts to hear proceedings that could not possibly have been instituted elsewhere.   This jurisdiction provides potential litigants with greater access to justice for crimes where legal recourse has traditionally been virtually impossible such as civil claims relating to egregious human rights violations.  With the recognition of the forum of necessity, Canada would allow plaintiffs who cannot return to the country where the harm occurred, without risking their lives or further injury, to institute civil proceedings against the perpetrators in Canadian courts.

The Ontario Court of Appeal recognized this jurisdiction in limited cases and CLAIHR along with the CCIJ and Amnesty International are seeking confirmation of this approach.  While the Van Breda case does not involve human rights issues, it raises this important issue of jurisdiction that could be a very important tool in assisting victims of human rights violations to find justice in Canada.

CLAIHR is represented pro bono by Dr. François Larocque of the University of Ottawa and Mark Power of Heenan Blaikie LLP.

Click here for the decision of the Ontario Court of Appeal.

On March 24, 2010, CLAIHR is proud to co-sponsor with the Law Society of Upper Canada an event entitled Peace, Reconciliation and Justice: The Afghanistan Experience Reflections of a Canadian Diplomat. The press release follows.

After three decades of social and political unrest, Afghanistan has an historic opportunity to break with the past and set the direction of its future. One of Canada’s esteemed former diplomats and the first-ever ambassador to Afghanistan will deliver a keynote address at the Law Society on March 24, 2010 to reflect on his mission to Afghanistan and the prospects of achieving peace in that country.

In the Spring of 2009, CLAIHR’s innovative spirit found new expression in its exciting new alliance with the Hot Docs Film Festival, North America’s largest documentary film festival which showcases films and filmmakers from over 35 countries around the world.

As a premiere festival sponsor, CLAIHR proudly presented Mugabe and the White African, the true story of white African farmer Michael Campbell’s desperate struggle to keep his farm in the face of brutal violence by Zimbabwean dictator Robert Mugabe.

In the Spring of 2009, CLAIHR’s innovative spirit found new expression in its exciting new alliance with the Hot Docs Film Festival, North America’s largest documentary film festival which showcases films and filmmakers from over 35 countries around the world.

Early last year, CLAIHR was approached by the Law Society of Upper Canada to partner an event on the “Reconciling State Sovereignty with the Global Responsibility to Protect”. In approaching CLAIHR, the Law Society recognized the legitimacy of the organization’s role in the international human rights discourse.

On 29 October 2009, Désiré Munyaneza, a 42 year old Rwandan businessman, became the first person to be convicted under the Canadian Crimes Against Humanity and War Crimes Act (the “Act”)which came into force in 2001. He has been sentenced to life imprisonment without parole for 25 years. He now seeks to appeal his conviction and sentence before the Quebec Court of Appeal.

With the success of CLAIHR’s events and undertakings in 2009, 2010 looks to be an exciting year. In addition to CLAIHR’s continued observation of the Munyaneza case, there are plans to submit a motion to intervene in the case. A variety of CLAIHR’s Student Chapters plan on showing films on relevant human rights topics – either through organizing a film festival or with individual viewings.

Anatoly Vlasov joined CLAIHR’s board in July 2009. He is in private practice in Toronto and has experience working for the defence at the International Criminal Tribunal for the former Yugoslavia in The Hague. With CLAIHR, Anatoly has taken over responsibility for CLAIHR’s Student Chapters.

Antoinette Issa holds a LLB and BCL from McGill University, and she specialized in Criminal Law and International Criminal Law for her LLM from York University. She has served as a trial and appeal counsel on the International Criminal Tribunal for the former Yugoslavia on the case that proclaimed to the Srebrenica genocide. Antoinette further presented to the Bosnian, Serbian and Croatian persecutors on the procedural issues of war crime trials. She presently works for the Public Prosecution Service of Canada as a federal crown. Her interest lies in ICL and IHL and has been on CLAIHR’s board since September of 2009 in pursuit of developing such laws further.

David Andrews is a technology and marketing consultant who runs Ryatta Group, a company specializing in the online marketing of luxury goods. He holds an MBA from the Rotman School of Management at the University of Toronto. David will assume responsibility for improving CLAIHR’s marketing, website and social media offerings.

Over the past two years, CLAIHR has closely followed the progress of the First Nations Truth and Reconciliation Commission (TRC) with interest. In 2008 and 2009, CLAIHR was pleased to partner with the Human Rights Clinic at the University of Toronto, Faculty of Law to conduct research regarding not only Canada’s First Nations TRC, but TRC’s around the world. CLAIHR was also honoured to speak to the students at St. Thomas Acquinas Secondary School in Oakville last May at the request of a student in the human rights class.

The residential schools, which are the subject of the TRC, were notorious for abuse and neglect of First Nations children. The children were forcibly sent to the schools, often hours away from their families, and were punished if they were caught practicing their religion, speaking their native language, among other reasons. An astounding number of children at the schools contracted tuberculosis, resulting in many deaths.

The main purpose of the schools was to assimilate aboriginal children into the dominant Anglo-Saxon culture of the rest of Canada. As Stephen Harper eloquently stated in his apology, “these objectives were based on the assumption aboriginal cultures and spiritual beliefs were inferior and unequal. Indeed, some sought, as it was infamously said, ‘to kill the Indian in the child.’ Today, we recognize that this policy of assimilation was wrong, has caused great harm, and has no place in our country.”

The First Nations Truth and Reconciliation Project officially began in June of 2008, a year prior to Stephen Harper’s apology. The purpose of the Truth and Reconciliation Commission (TRC) in Canada is to rectify knowledge and experiences from the IRS. Ultimately, the First Nations are searching for a truth to continue the healing process for those who may have been former students of the IRS and for all aboriginals that have experienced injustice. The TRC also hopes to offer recommendations to the government of Canada.