Nigeria: What Role for Canada in the Conflict With Boko Haram?

Nigeria: What Role for Canada in the Conflict With Boko Haram? 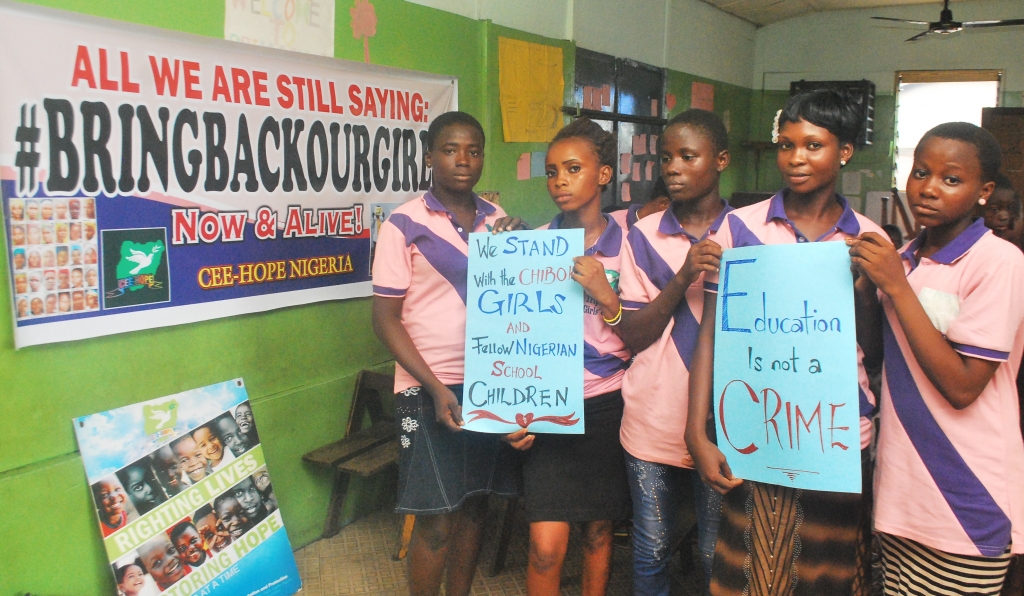 As the Western gaze has shifted away from the conflict in the Lake Chad region of Nigeria, Boko Haram’s assault on the Nigerian state has continued unabated. On 19 February 2018, 110 schoolgirls were abducted by Boko Haram in a repeat of the Chibok kidnapping which shocked the world and led to the social media campaign to secure their release, #BringBackOurGirls. Following negotiations with the Boko Haram faction which seized the schoolgirls, the Nigerian government secured the release of 101 girls, except those who allegedly died and another schoolgirl (Leah Sharibu) who defied Boko Haram by refusing to renounce her Christian faith. The rescue of over 100 girls has been met with statements of relief by the Nigerian state and the families of the rescued schoolchildren. However, this tragic incident marks another sad reminder of the human cost of Nigeria’s war with Boko Haram. A cost which is brought to bear with statements from victims of Boko Haram such as Leah Sharibu’s father, Lathan, who says, “I expect the federal government to bring her back to me the way they brought the others home.”

The crisis in North-East Nigeria requires significant international attention if we truly desire to see a betterment of the human rights situation in the region. Canada could play a significant role in improving the conditions of the people who have been horribly affected by nearly ten years of war.

Beginning in 2009, ‘The Islamic State in West Africa’ or Boko Haram has terrorized Northern Nigeria and has become one of the deadliest militant groups in the world. The group began as a religious sect under the leadership of Mohammed Yusuf in the early 2000s. Yusuf preached that it was forbidden (haram) for Muslims to participate in activities associated with the Nigerian state and Westernization, including Western education.

Following clashes with Nigerian security forces, Yusuf was killed in 2009 and the surviving members of the group went into hiding only to re-emerge as a terrorist group, under the leadership of Abubakar Shekau, which aspired to destroy the Nigerian state and replace it with their version of an Islamic society. Led by Shekau, Boko Haram began a campaign of terror characterized by suicide bombings, assassinations, kidnappings and the targeting of minority groups in Northern Nigeria such as Christians.

In 2014, Boko Haram gained enough strength to start seizing control of territory in North-East Nigeria and by the middle of that year it had kidnapped more than 200 Chibok Girls, declared a caliphate and expanded its attacks to the neighbouring countries of Chad and Cameroon. Furthermore, the group had declared its allegiance to the so-called ‘Islamic State’, prompting the name change to the ‘Islamic State in West Africa’. The following year, Nigeria, Chad, Cameroon and Niger formed a coalition to recapture the territory that had been seized by Boko Haram and to defeat the group’s insurgency. The coalition was successful in recapturing territory from the militant group, starting in 2015, but at a grave cost for the civilians living in the region.

The Boko Haram insurgency has led to horrific consequences for the people of the Lake Chad region in the countries of Chad, Cameroon, Niger and especially Nigeria. According to the Council on Foreign Relations’ ‘Global Conflict Tracker’, more than 20,000 people have died since 2011. Approximately 2.4 million people have been displaced in the Lake Chad region. An additional 7.2 million people have been left food insecure because of the conflict. There are over 200,000 Nigerian refugees in neighbouring countries such as Cameroon and Chad.

There have been additional consequences from the Boko Haram insurgency that has significantly harmed human rights in the Lake Chad region. Boko Haram’s attacks, especially their violent acts towards students and schools, have deprived hundreds of thousands of children from accessing the human right of education.

Concerning gender dynamics of the conflict, female survivors of Boko Haram have given detailed accounts of their sexual abuse and forced marriages to Boko Haram militants. Moreover, Boko Haram fighters have also become notorious for enslaving their kidnap victims. Dozens of women and girls have been exploited as suicide bombers for the militant group. Regarding male victims of Boko Haram, the group has reportedly kidnapped 10,000 boys during the insurgency. Many of these children are forced to become child soldiers for the group. Boko Haram recruited up to 2,000 child soldiers in 2016 according to UNICEF.

Boko Haram is not the only actor who has contributed to the human rights crisis in North-East Nigeria. The Nigerian state has been accused of harming Nigerian citizens in their pursuit of ending the insurgency and in their treatment of Boko Haram survivors. Nigerian government officials have allegedly abused Boko Haram survivors in internally displaced persons (IDP) camps and some officials have been accused of stealing food aid, creating double-victimization for the survivors of Boko Haram. Furthermore, Amnesty International has repeatedly stated that the Nigerian Army should be investigated for its abuses of suspected Boko Haram fighters, which led to the deaths of 8,000 people in detention centres. Its report, Stars on their Shoulders, Blood on their Hands: War Crimes Committed by the Nigerian Military accuses the Nigerian military of extrajudicially killing more than 1,200 Nigerian citizens. Thousands of suspected Boko Haram militants have been subjected to mass trials which, the Nigeria Ministry of Justice itself has pointed out, suffer from poor investigation techniques and an over-reliance on confessions to confirm guilt. The tragic bombing of an IDP camp in January 2017 by the Nigerian Air Force, killing over 100 people, highlights the extreme danger faced by civilians in the conflict zone.

The people of North-East Nigeria find themselves in an extremely precarious situation. On one hand, Boko Haram has sparked a humanitarian crisis which has left millions of people in a destitute state. However, the Nigerian government, which has a mandate to protect its people, is contributing to a deadly cycle of violence, harming inhabitants of a region who have already suffered greatly.

What Canada can do for the people of North-East Nigeria?

Canada could play an effective role in mitigating the gross harms done by Boko Haram and the Nigerian government by advocating on behalf of the people of North-East Nigeria. Already, Canadian-Nigerian bilateral relations have seen millions of dollars in development assistance flow to Nigeria. In 2015-2016, over $100 million of aid was provided to Nigeria from Canada. In 2017, over $27 million of humanitarian assistance was contributed to the Nigerian government by the Canadian government in relation to the Boko Haram insurgency. Moreover, increasingly the Canadian Armed Forces are involved in operations in West Africa aimed at combating militant groups which have links to Boko Haram. Canada’s significant involvement with Nigeria’s development and humanitarian needs (as well as West African regional security) necessitates that Canada press upon its Nigerian partners to not engage in action which worsens the conflict for Nigeria’s citizens.

There are several things that Canada could do to help Nigerian civilians in the conflict zone. First, the Canadian government could increase its international assistance funds to the millions of IDPs and food insecure individuals in the region. Moreover, it can help the Nigerian government in developing tracking tools that would ensure that funds and desperately needed items, such as food aid, are not stolen by public officials.

Additionally, the Canadian government could press upon Nigeria, and its President & Commander-in-Chief Muhammadu Buhari, to have the country’s security forces observe proper rules of engagement with enemy combatants, and to respect the rights of Nigerian citizens in the Lake Chad region. This is especially pertinent now that Canada is involved with training West African militaries. Moreover, Canada should warn against impunity for Nigerian security forces who violate the human rights of suspected militants and civilians alike, and inform Nigeria that such impunity worsens the conflict and creates popularity for Boko Haram among aggrieved Nigerians.

Finally, the Canadian government (in its efforts to help Nigeria) should recognize that Boko Haram’s actions will leave the North-East region scarred for years to come. A great deal of effort will be required of the Nigerian state and international partners to rebuild the lives of Boko Haram survivors. To aid this rebuilding process, the Canadian state must go beyond offering assistance to IDPs. In addition to that important endeavour, Canada should consider funding the rehabilitation for Boko Haram fighters (some of whom may have been forced to fight for the group) so that ex-fighters are not incentivized to re-join Boko Haram or other militant groups in West Africa. Also, suspected Boko Haram fighters who have allegedly committed crimes should have their rights to a fair trial upheld by the Nigerian state, with support from the Canadian government. Furthermore, Canada should play a role in mending relations between the multi-faith communities in the region which have been torn apart because of violent sectarianism.

The Nigerian state has been severely challenged by the Boko Haram insurgency. Africa’s most populous country, of over 190 million people, and its largest economy will struggle for years to repair the damage which has been done by Boko Haram. Additionally, the structural assistance that Canada can provide to Nigeria will be fraught with difficulties regarding implementation and the generation of beneficial outcomes. However, with the assistance of partners such as Canada, Nigeria’s recovery from Boko Haram could successfully integrate the restoration of human dignity and flourishing for all the peoples of the Lake Chad region.