On March 9, CLAIHR student chapters at Osgoode Hall Law School and the University of Toronto Faculty of Law co-hosted the annual Canadian International Law Students Conference (CILSC). CILSC provides a forum for law students, academics, practitioners, and other leaders in international law to exchange ideas in an open, engaging environment. As always, the event was a major success, generating fruitful discussion and insights on international human rights law. Here, we provide an overview of the main events, with a special acknowledgment and warm CLAIHR congratulations to:

Brenda Chang, Calum Agnew, Yinka Oyelowo, Christie McLeod, and everyone else who contributed to putting on such a great event! 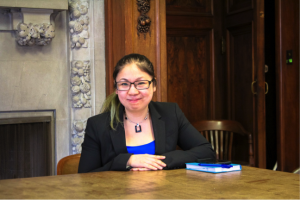 Things kicked off with a panel on International Cyber Law featuring Cynthia Khoo, lawyer founder of Tekhnos Law, and Adam Kardash, Partner on Privacy and Data Management at Osler. The panelists talked about the rapidly changing nature of technology and the law, and the challenges of keeping apace with seemingly daily developments in the field. There is a fundamental ethical question here: Khoo and Kardash agreed that you cannot be a trusted adviser to your clients unless you truly are the most up-to-date in your area of law.

Mr. Kardash mentioned how when he first started working in cyber law, there was essentially no one practicing in this specific field. Today, working at Osler, he has a team of ten people who work on it exclusively. Ms Khoo in turn described her “unorthodox” experience in the legal world, having been involved in NGOs, regulation committees and now in her own legal practice. She highlighted how, in this line of work, a significant proportion of her time is devoted to policy and factual research, rather than traditional legal research.

The panelists then delved into ethics questions pertaining to internet companies – the panel coincidentally occurred just days before the Facebook/Cambridge Analytica story broke – and to what degree corporate ethical codes should be held accountable to government entities. They both worry that the internet’s dramatic changes are happening faster than policy is being developed. Mr. Kardash argued that the biggest challenge is the incalculable amount of data that exists today, while Ms Khoo focused on the question of transparency. She argues for a set of rights specific to the digital ecosystem, such as the right to an explanation when there is a decision that affects you in a major way. This is increasingly important as more decisions are made through automated process; as Ms Khoo asks, “should there be a right to human intervention in automated decision-making processes?” 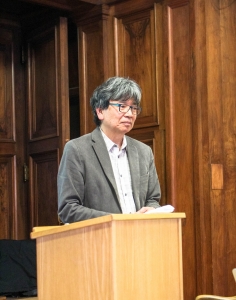 For Imai, one of the major challenges in this field of law is how much it intersects with other domains. In order to do his job well, he needs to be versed in human rights law, public international law, corporate law, securities law, tax law, and more. His presentation continued with practical tips and advice for law students on how to get involved in these issues and in international legal advocacy in general. Imai concluded by discussing the Canadian Ombudsperson for Responsible Enterprise (CORE) (readers can find CLAIHR’s overview of CORE here), a new independent officer with the power of investigating human rights abuses linked to Canadian corporations operating abroad. Imai highlighted the importance of CORE’s ability to not only investigate corporate abuses abroad, but potentially recommend measures be taken against companies.

The third and final panel’s topic was Gender-Related Violence in Conflict. The speakers were Vasanthi Venkatesh (University of Windsor), an expert on marital rape laws, public international law, and refugee law; Paula Tenaglia, Director of Operations for Action against Hunger, and Jasteena Dhillon (Humber College/University of Windsor), an experienced NATO and UN advisor. The panelists began by reflecting on the progress and challenges that exist today, emphasizing that March 8th – International Women’s Day – cannot be the only day of the year to emphasize women’s rights or gender-based violence in conflict.

Professor Dhillon highlighted the way in which gender is not prioritized during conflict situations. While this may sometimes be justifiable in the most extreme and urgent circumstances, it is still a major and dangerous oversight. Too many services and structures are ill-designed to handle serious gender-based concerns in conflict. Next, Professor Venkatesh highlighted the intersection between international law and domestic laws or customs. This can often represent a problem for a gender-based approach, with practitioners needing to learn how to leverage laws to find common ground. Inevitably, the panel turned to the Oxfam scandal – in which aid workers stand accused of sexual misconduct while on duty – which Ms Tenaglia described as a long-overdue wake-up call for the sector. She is optimistic that change is coming, given the pressures now being brought to bear on Oxfam and other organizations. Many actors in the not-for-profit world are going to have to revise their policies on sexual misconduct, design altogether new ones, or implement ideas that have been sitting on paper for far too long. 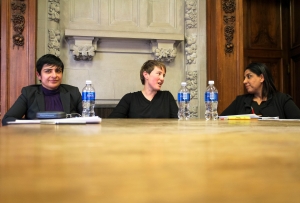 International law today is facing a series of challenges in several respects. For the packed audience at the 2018 CILSC, key among those included the development of online technologies, accountability for corporate violations of human rights, and the behaviour of not-for-profits in conflict situations. Based on the day’s discussions, there are a number of highly prepared and enthusiastic lawyers – and lawyers-to-be! – ready to take on these challenges.